Climate Change on an International Scale

by abenvirolaws in Climate Change & the Law

Next, let’s look at what has been happening on an international scale…

The United Nations Framework Convention on Climate Change (UNFCCC), developed in 1992, was the first step towards future global climate change initiatives including the Kyoto Protocol (1997) and the Paris Agreement (2015). The UNFCCC began by defining climate change as, “a change of climate which is attributed directly or indirectly to human activity that alters the composition of the global atmosphere and which is in addition to natural climate variability observed over comparable time periods.”

It went on to state that the ultimate objective of the Convention was the “stabilization of greenhouse gas concentrations in the atmosphere at a level that would prevent dangerous anthropogenic [human] interference with the climate system”.[1] Essentially, the goal of this Convention was to slow or to stop the negative effects of man-made climate change and to stabilize the presence of greenhouse gases (GHGs) in the atmosphere. The UNFCCC was a landmark example of global cooperation that eventually led to the Kyoto Protocol. It was the Kyoto Protocol which bound all developed countries who were parties to the Protocol to certain emission reduction targets.[2]

20 years later, the 2015 Paris Agreement attempted to re-chart the fight against climate change. The main goal of the Paris Agreement was to set a limit on the global average temperature. Difficult negotiations resulted in a global agreement to limit the increase in average global temperature to 2 degree Celsius above pre-industrial levels.[3]

Before you continue further if you have not yet read our Fundamentals of Law section here check it out to get a better understanding of international law, United Nations treaties, and how they apply in Canada.

In addition to these major international agreements, the UNFCCC parties have met each year since 1995 at a global climate change summit called the Conference of the Parties (COP). It was here where they continued negotiations in the hopes of creating a worldwide climate change strategy.[4]

In conjunction with the UN, the Intergovernmental Panel on Climate Change (IPCC) contributes to the yearly COP meetings, sharing reports and studies on the ever-changing face of climate change. The IPCC is the leading international body for the assessment of climate change, open to all member countries of the United Nations and the World Meteorological Organization. Scientists from around the world participate in scientific review processes and conduct scientific research for the organization.[5] These reports help guide member states to implement mitigation and adaptation techniques to meet their national climate change goals.

Recently, certain countries have argued that the previously agreed upon limit to the rise in global temperature to 2 degrees Celsius would be catastrophic. To back up these claims, the IPCC recently released a report finding that a global average increase of 2 degrees Celsius will result in catastrophic climate impacts, when compared to the more conservative limit of 1.5 degrees Celsius – the limit that is recommended by these international climate scientists and pushed for by many low-lying island nations.[6]

Despite the 20 years of hard work that have gone into this process and the renewed international attention on climate change, very little has actually been accomplished. We have seen little success in curbing GHG emissions around the world and little has been accomplished to combat rising global temperatures.

To get a better sense of how temperatures continue to rise, check out the first graph pictured below. This is a graph from NASA that charts the rise in global temperature, according to measurements made by 4 international organizations. What this image tells us is that despite the regular COP meetings and nearly 100% ratification of the Paris Agreement, countries are still not doing enough when it comes to making changes on their home soil. 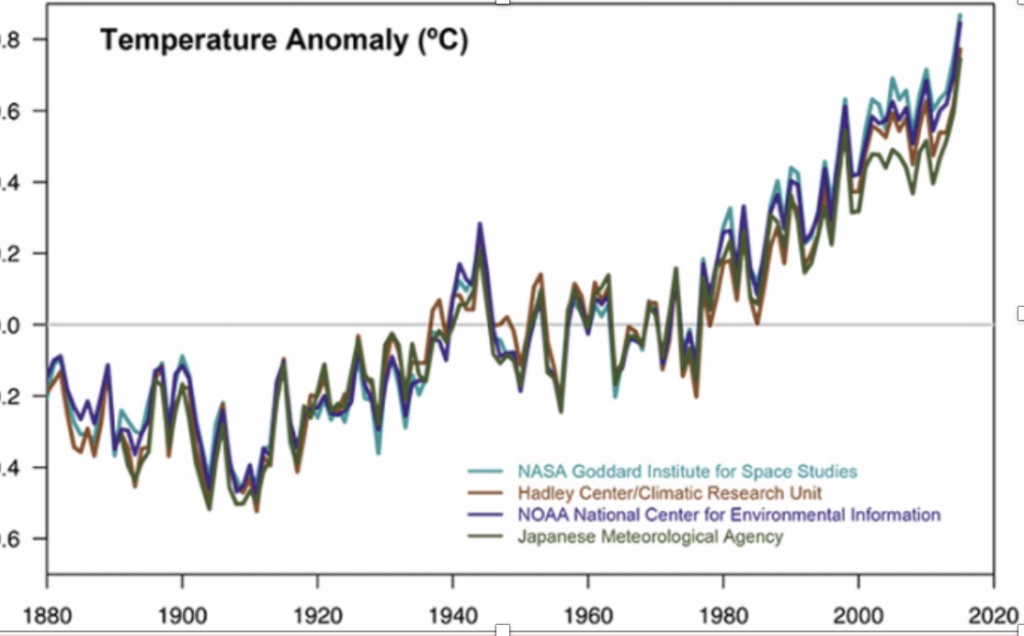 The next chart depicts the rise of carbon dioxide in the global atmosphere. At the very end of the line graph, you can see the 1950 level of GHG emissions in the atmosphere and the trend upwards to where we are at today. Comparing these two images should give you a better understanding of the connection between a rising global temperature and the increase of GHGs in the atmosphere. 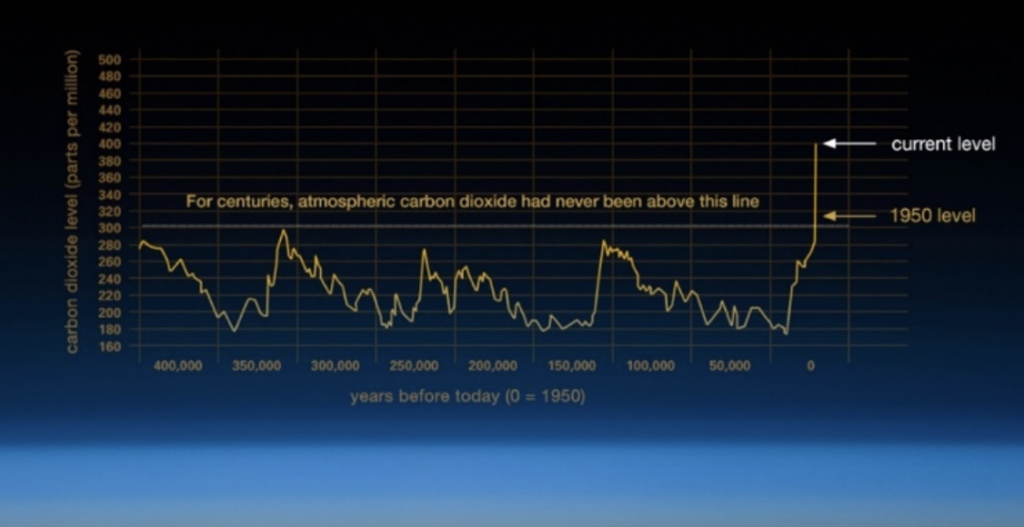 Now that you understand a bit more about what climate change is and how it’s being handled on a global scale, let’s take a closer look at what this means for environmental law. We’ll ask the difficult question what exactly is climate change law and how can it make a difference?