by abenvirolaws in Species Law

Species at risk and habitat law in Alberta (and Canada as a whole) has a fairly recent history. This history, with its international roots, is briefly outlined below: 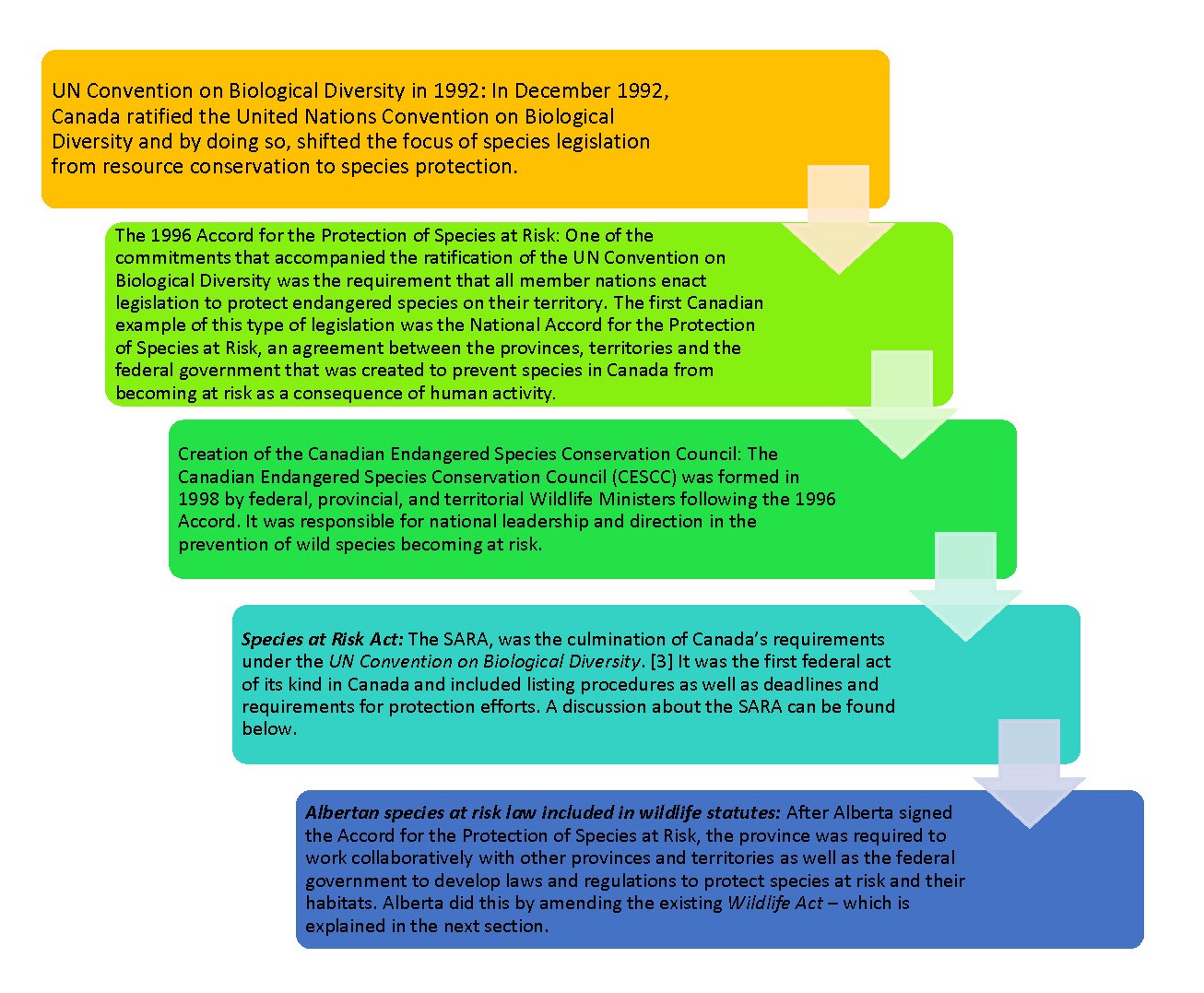 ii. 1996 Accord for the Protection of Species at Risk: One of the commitments that accompanied the ratification of the UN Convention on Biological Diversity was the requirement that all member nations enact legislation to protect endangered species on their territory. The first Canadian example of this type of legislation was the National Accord for the Protection of Species at Risk, an agreement between the provinces, territories and the federal government that was created to prevent species in Canada from becoming at risk as a consequence of human activity. [2] Read the text of the Accord here.

iv. Species at Risk Act: The SARA, was the culmination of Canada’s requirements under the UN Convention on Biological Diversity. [3] It was the first federal act of its kind in Canada and included listing procedures as well as deadlines and requirements for protection efforts. A discussion about the SARA can be found below.

iv. Albertan species at risk law included in wildlife statutes: After Alberta signed the Accord for the Protection of Species at Risk, the province was required to work collaboratively with other provinces and territories as well as the federal government to develop laws and regulations to protect species at risk and their habitats. Alberta did this by amending the existing Wildlife Act – which is explained in the next section.

[2] Environment and Climate Change Canada, “Accord for the Protection of Species at Risk: Background” (3 October 2014) Government of Canada online: https://www.canada.ca/en/environment-climate-change/services/species-risk-act-accord-funding/accord-protection-background.html.